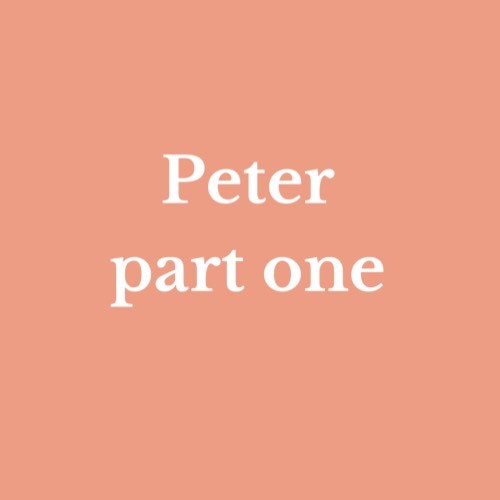 Who Was the Apostle Peter? A Deeper Look at One of the Twelve!

Most everyone has heard about the Apostle Peter after all, isn’t he the one who is guarding the pearly gates of heaven? Likewise, many know that he is one of the chosen twelve, picked by Christ himself. What is less known is “This epistle of Peter is one of the grandest of the New Testament, and it is the true, pure gospel.” Martin Luther considered 1 Peter to be “one of the grandest epistles.” Then why is it that 1 Peter seems to hold a less prominent place in biblical studies? Let’s correct that by examining 1 Peter more carefully. Move over Gospels! It’s time to let Peter shine like the bold personality he is, all for Christ’s sake, of course!

Peter was: One of the first disciples Jesus called; he walked on water; had a wonderful vision of new foods to eat; the first to walk into a Gentile’s home; was a witness to the transfiguration; witnessed Jesus suffering in the garden; addressed the crowd at Pentecost; was one of Jesus’ closest disciples; a pillar of the first church; and Jesus called Peter the rock “on which I will build my church” (John 1:42). Peter was the first to claim Jesus as “the Christ, the Son of the living God” (Matthew 16:16).

However, with all of those fantastic privileges, Peter heard the horrific words “get behind me Satan” from the one he loved dearly and would have died for (Mark 8:33). Peter felt devastated and extremely marginalized at that moment in time. Have you ever felt marginalized? I know I have. As women, we seem to have to work harder, think faster, and do more just to be heard and acknowledged for our accomplishments.

Here are a few facts that perhaps you did not know about Peter.

Peter had great dependence on the Old Testament in his writings. “Because Peter made extensive use of the Old Testament in his epistle, literary and intertextual studies shed light on 1 Peter’s scripture reading and interpretive strategies. These strategies can help us capture additional meaning and significance that we might miss if we do not understand literary allusion.” Additional meaning and significance will unfold as we examine 1 Peter.

Peter was a married fisherman, and from Paul, we find out Peter’s wife was probably very caring as she accompanied her husband on some of his missionary journeys helping others. Peter certainly had thought about his wonderful wife when he penned 1 Peter 3:1-6.

Peter was a follower of John the Baptist and was originally named Simon. The name Simon means “listen,” and that he did; after all, he correctly answered who Jesus was. He was also called Peter and Cephas. Cephas is the Aramaic word for rock, and Peter was the English translation of the Greek name Petros, also meaning rock.

Also, “Eusebius supposes that it was Peter who had evangelized the Christians of the five regions of Asia Minor noted in 1:1: Pontus, Galatia, Cappadocia, Asia, and Bithynia.”

Well, this is a good start. We will explore further in the next writing. Until then, may you be bold like Peter, my dear sisters!